As a commuter who observes passing trains at my departing and arriving stations, I’ve found it interesting to peer through the windows and observe people and their body language during their own commute. People seem to let down their guard behind glass, whether it’s in a car, train, or restaurant, and act more naturally without regard to the person with the camera aimed their way.

Shooting various trains, I quickly discovered that NJ Transit’s new double deck cars offer four windows in a compact area, which allowed for more individual vignettes. These individual vignettes can be very interesting in themselves, but when multiplied by 4 scenes, they created a more telling story of the commuter experience.

I photographed from the opposite platform and shot after dark as it allowed a good view into the car interior. I shot many images over a 6-week span and selected this one to send to the CRPA Awards competition, as I liked the various poses as well as the young women starring back at me….a rare engagement with my subject commuter. 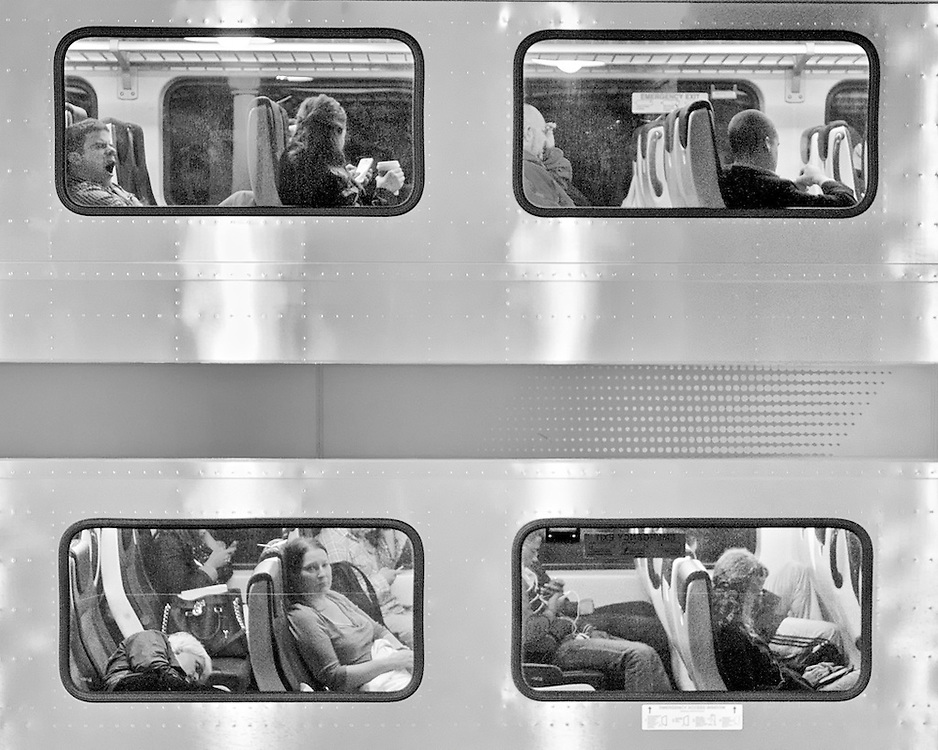