The Big Bend Country is geographically defined by the large swooping curve of the Columbia River that encircles a large portion of eastern Washington State. With soil and climate well suited for the growing of wheat, it is the economic and cultural backbone of this region.

Not only has the land been sculpted to grow wheat, the landscape has been altered to support the farms, communities, and infrastructure necessary to grow and move wheat from field to market. The railroad was instrumental in settling this region, developing the economy and still plays a vital transportation role. Adjacent to the tracks, the grain marketers built the largest and tallest structures on this landscape; the elevators which store the harvest until it is sold.

Between the farmer, the railroad and the communities, most of the land in this region has been transformed by wheat in one way or another. In the Big Bend Country, the economy of wheat and aesthetics of the altered land are inseparable. 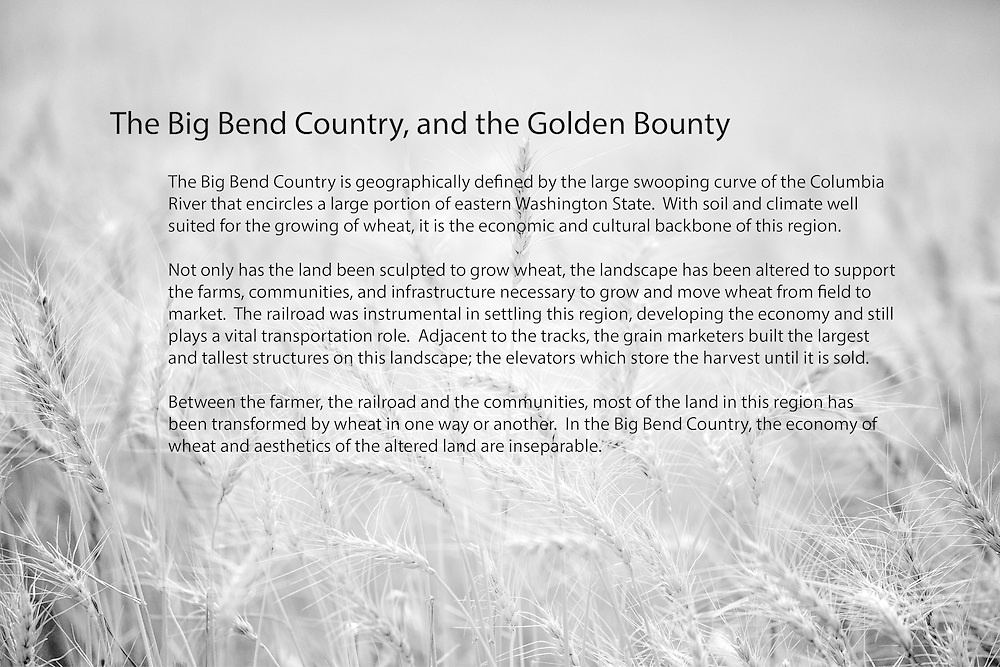